The IGA was formed at the request of the FEI to give grooms a voice in FEI sport.

We are the professional organisation for grooms working internationally in the FEI disciplines.

Why should I join the IGA?
+

The IGA is the only professional body representing grooms that the FEI will be collaborating with and a MOU has been signed to recognise this fact.

Why will the FEI listen to the IGA?
+

The FEI has signed a Memorandum of Understanding with the IGA.

This means they are formally bound to listen to what we have to say and to act upon it.

They have already shown this by intervening when we raised concerns about the provision for the grooms during a recent show.

Why should I trust the IGA to understand my life and issues?
+

Everyone involved with the IGA has worked as a groom at an FEI level of competitions.

We have Company Directors in the US and Europe, and members all around the world who we are in constant communication with us.

My boss wouldn’t like it if I joined a union?
+

The IGA is not a union, we are a ‘Professional Membership Organisation’ - this means we exist to represent the profession, and in this case, it is the profession of working as a groom at FEI level shows.

Does the IGA make money out of grooms?
+

The IGA is a not-for-profit organisation; we are lucky to be supported by a few companies that offer financial backing.

Our Partners have exclusivity in their 'topic' - so this means we can only work with one feed manufacturer, one pharmaceutical (wormers/vaccinations) company etc.

Our Show Supporters pay a small annual fee to collaborate with us and have their show logo on our website.

The IGA is a business and has overheads it must fulfill, for example, staffing costs, website upkeep, insurance, online subscription services (eg Mailchimp) and all of the other costs that a business encounters.

Our members are at the heart of everything we do.

Our Memorandum of Articles states that anyone who has worked or is currently working for an FEI-level rider or driver is welcome to join the IGA.

Membership is not prohibitive and so if a groom who is just starting out on in an international career would like to belong, they are welcome.

What about the home team of grooms?
+

We welcome all FEI-level grooms- whether a show groom or a stay-at-home groom.

The IGA is very aware that it takes a 'team' to produce an international level competition horse and so we are very much supportive of the grooms who do not travel as part of their role.

How is the IGA going to grow?
+

Although the vision has been in existence for a while, it was only once the FEI committed to the start up funding in June 2021 that we could begin to form the organisation.

As a result we have had to hit the ground running and have very quickly formed and launched the organisation in just 10 months. *it would normally take much longer!

The IGA has recruited 3 key Sponsorship Partners, recruited an administration and social media coordinator, has a membership fulfillment website, an inaugural Board of Directors, and has already attracted a prestigious group of Show Supporters.

It takes time to build an organisation like the IGA, and budgets have to be managed, but the organisation is off the starting blocks and will grow at a manageable pace to ensure its sustainability. This will take time and we ask our founding members to be with us on this exciting journey of development.

Most importantly- what you can’t get anywhere else is a voice that will be heard by the shows and the FEI.

You will belong to the only formally recognised by the FEI organisation for FEI level international grooms.

We are already working with FEI shows to improve working conditions for grooms. Using the information gathered from our first Member Voice survey we have worked with shows to alter their catering plans to be more groom friendly.

What happens with the IGA’s Show Supporters?
+

The IGA Show Supporters pay a small annual fee to work with and support the IGA.

Their involvement itself demonstrates that they have an interest in the welfare of the grooms; if a show is uninterested in the grooms they will not be working with us.

We collaborate with our Show Supporters to share good news from their shows on social media; if there is a groom’s prize, or the catering is good, or the show helps you with loading/unloading the truck we want to share this news.

Let's share the best practice seen at the shows to inspire other shows to improve their minimum standards for the grooms - this is why the IGA Show Supporters initiative is a great opportunity to move towards change.

There seems to be a lot of talking? Can’t change happen now?
+

Real lasting change is a process. It happens by highlighting issues and addressing the most obvious and vital ones.

For this reason, we are currently working on a set of ‘Minimum Standards’ for FEI shows.

For change to take hold it has to come from the FEI and the shows (and even the media). This is why it is so important to work with other groups- it is the difference between complaining and making plans.

By introducing change at the top we will see it start to take effect at the lower-rated shows also.

One of the biggest changes needed is in attitude and culture- this happens by highlighting the role of the FEI level grooms, but also by changing policy so that it becomes the norm. for organisers to consider the groom’s welfare and schedule when planning their shows.

Hopefully this will have answered any of the questions you may have. If there is anything we can help you with, get in touch at contact@internationalgrooms.org

Otherwise click below to become a member for just 15 euros- we look forward to welcoming you into your professional association. 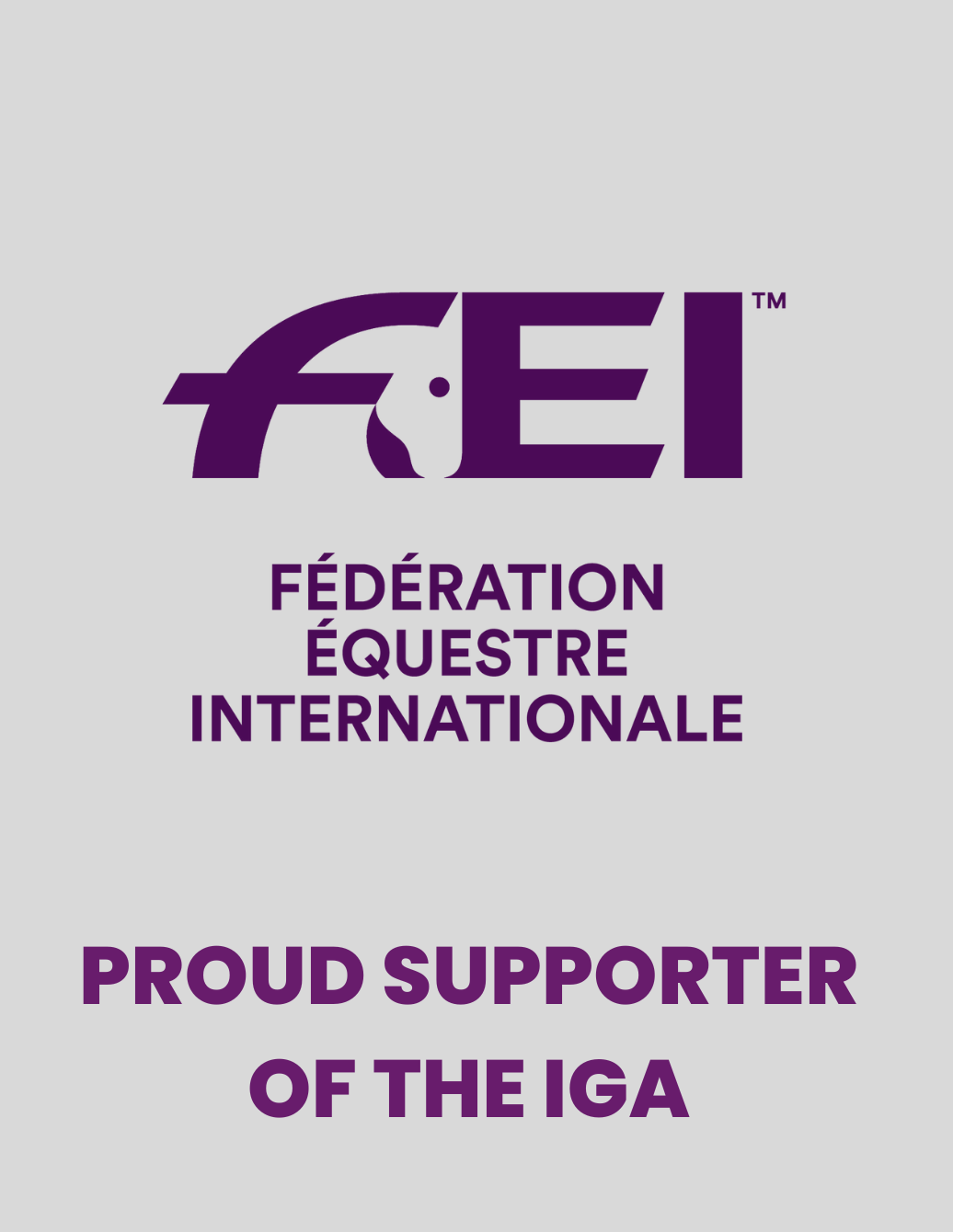